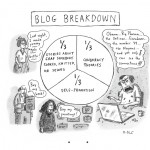 Recently the United States Supreme Court announced it would hear a case that challenges laws prohibiting lying in political advertisements. The word is that the Court is just dying to overturn such laws on first amendment grounds. If the Court does overturn these anti-lying laws, the good union folks at Pennsylvania’s United Food and Commercial Workers Local 1776 will breathe a sigh of relief.

The United Food and Commercial Workers Local 1776 represent the state alcohol store workers in Pennsylvania who recently put this commercial on the air in that state in a bid to stop any change in the law that would privatization of wine sales:

The message that privatizing Pennsylvania’s wine sales and allowing wine sales in grocery stores will kill children is a pretty cynical lie. Lying by its very nature is cynical. But this kind of thing…well….you’ve got to give credit to the folks at the United Food and Commercial Workers Union for reaching for the stars where cynicism is concerned.

I wanted to write something pithy and sarcastic and brilliant about the bevy of lies and cynicism that are exhibited in this advertisement, but honestly I can’t do any better than simply placing this ad here for you all to see.

I’ve witnessed a lot of cynicism in the course of observing how alcohol politics are played across the country. But this takes the cake. If you would like to send the folks a message to tell them how you feel about this ad, you can do so here.