Want a tip? Something you can do this week publicity-wise that might make a difference?

Here it is: take advantage of the Perseid meteor showers which will dance through the skies this week, starting tonight.

You might see 100 meteors an hour—how cool is that?

But what’s the action step? Be ready: get the ‘money’ shot. 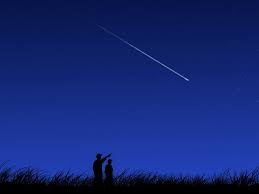 If you’re not a skilled photographer, find one. Search out a spot in your vineyard, where you can frame the vines with the images of the meteors racing across the sky. Wouldn’t that be a wonderful image to have and to share? If possible, make sure the setting is identifiably yours—that might not be possible, of course….but maybe the vineyard is known for a huge lone oak tree or a cluster of olive trees. The goal here is to end up with a signature meteors-above-our-vineyard photo which is entirely unique to you and could in no way be thought of as a generic shot.

This isn’t the ordinary annual Perseid meteor shower; the experts predict it to be more exciting than any in recent years. Because the waning crescent moon will be setting early each night this week, the sky will be a fabulous ‘blank slate’ for the meteors.

In the late evening you should be able to see shooting stars in the sky; then, around approximately 11:30 p.m., in the northeastern sky, the constellation will rise. It will move across the sky and set in the southeastern sky.

If midnight isn’t your cup of tea, some of the astronomers say that the meteors may still be visible around 4:30 a.m.

More advice is that it may take twenty minutes or more for your eyes to adjust to the dark.

AND WHAT EXACTLY IS A METEOR?

The Press Democrat explains that “…a meteor shower occurs when the Earth passes through an orbiting field of comet debris — in this case, a trail of particles left behind by Comet Swift-Tuttle, which reappears every 130 years. Though the dust particles are tiny, the speed and friction with which they hit the Earth’s atmosphere creates the streaks of light we know as shooting stars. The peak of the shower occurs when the Earth is passing through the densest part of the trail — Aug. 12 and 13 this year, according to NASA. Active from July 17 to August 24, the Perseids are so named because the meteors appear to radiate from the constellation Perseus.”

“Don’t expect to see the sky ablaze with flashes of light all the time. Each meteor will flash for less than a second as a long streak of light. Many could flash at one time, or none at all might appear for many minutes,” the Chronicle tells us, adding “It’s more important to decide where to watch for the meteors than what to watch for them. The crucial issue is that meteors are faint, so you need a location where the sky is dark, and that means getting away from city and car light as much as possible.”

RELY ON YOUR EYES

In addition, the experts tell us not to use telescopes or binoculars. “Your eyes are the best tool, because the flashes can be anywhere in the sky. Restricting your view to a small part of the sky makes it more likely that you will miss many of the meteor flashes,” the Chronicle’s expert suggests.

Good luck! May the Force be with you!

5 thoughts on “Actionable! You can do this now!”