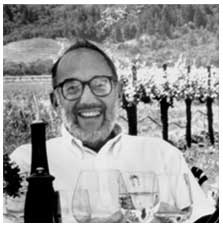 Harvey Posert Jr. died on October 3 in St. Helena after a brief illness. At the age of 84, he’d lived many lifetimes, from a privileged childhood in Memphis to college at Yale to several years in military counter-intelligence in Europe. Then there were the phases of his career, from the copy desk at The Memphis Commercial Appeal to working for Dan Edelman in New York and San Francisco, before coming to wine country to represent Robert Mondavi and later Fred Franzia, as well as numerous others.

Harvey was a friend of mine for more than 25 years. I was both a professional colleague and a personal friend. By now you might have read articles about him which have appeared in The Wine Spectator, the Napa Valley Register, Napa Life and Wine Industry Insight. In the coming days there’ll be many more tributes, I’m sure.

Pardon the cliché: Harvey was the last of a breed, a giant among men—whether we’re talking about the wine industry or the world of wine PR. What does that mean? He was a thinker; he was also an enormously astute judge of character and personality; he was also someone who shaped our history as wine marketers. He literally created trends to shine a light on his clients.

You can read elsewhere about the specific programs he dreamt up and the numerous achievements of his career. Here are

10 Things I Learned From Harvey

Roll up your sleeves. Do the research. Write the materials. Be courteous to the client. Get the work out in a timely fashion.

Read everything you can read. Talk to people. Be curious. It’s all ‘grist for the mill,’ the backbone of your creativity.

No one is too ‘little;’ if you identify yourself as a writer, you’re welcome in the tent.

Cultivate a big sense of humor. You can find it everywhere. It’s a leavening agent, a humanizing factor, a common denominator.

Be on time. Be courteous. Mind your manners. It matters.

You never know when a writer will re-appear somewhere; never jettison a writer after having worked together, even if the outcome wasn’t what you wanted.

PR people aren’t the story; the client is. Be present but don’t look for the limelight.

A press release always has to include the obvious as well as the news.

Be known for your substance, for ideas and programs which have merit and meaning.

Make sure you thank a writer once a story appears. Think of other gestures to express your appreciation. Be human.

How appropriate that Harvey suggested that donations to honor him go to The American Civil Liberties Union.